They don’t call it March Madness for nothing. However, this year’s madness had little to do with the events on the court (although the Gonzaga vs UCLA semifinal game may go down as one of the greatest!), and more with the rights of collegiate athletes and their ability to monetize their Name, Image, and Likeness.

The #NotNCAAProperty movement, started by Geo Baker of Rutgers, and promoted by Jordan Bohannon of Iowa and Isaiah Livers of Michigan, began trending the evening before the NCAA men’s basketball tournament was set to kick off.

While every year the NCAA makes hundreds of millions of dollars while their athletes may receive a scholarship and cost of attendance, this year really shined a light on what it means to be a collegiate athlete in a revenue generating sport:

“When we go to the games, it’s like we’re in jail and we get out,” Adrian Autry, an assistant coach at Syracuse, told the Syracuse Post-Standard.

Baker, Bohannon, and Livers requested and were granted a meeting with NCAA President Mark Emmert, although they were disappointed with his responses. “Our meeting was the same thing he’s doing in the public,” Bohannon said. “A lot of talk and he’s waiting on Congress to decide on legislation.”

While it seems imminent that a federal NIL bill will preempt the state NIL bills, state legislators have recognized the potential recruiting disadvantage their schools could be at if they don’t bring a bill to the table. Currently, there are only eleven states without a NIL bill somewhere in the legislative pipeline. 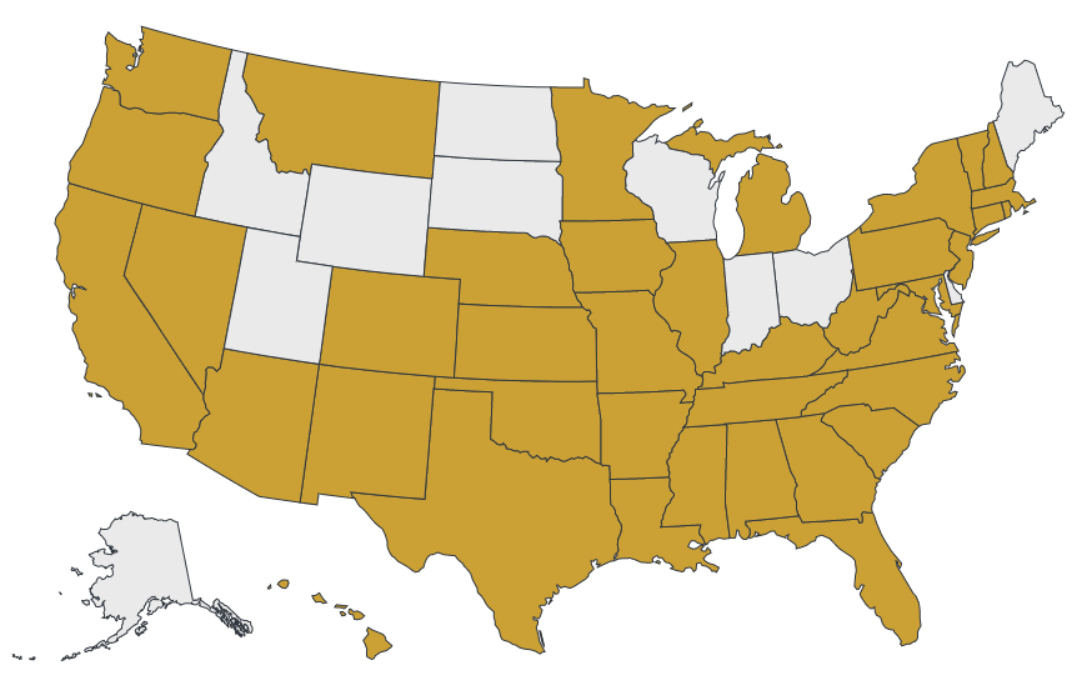 Most recently, Mississippi passed their NIL bill and it is set to go into effect on July 1, 2021. Georgia’s bill is awaiting a signature from their governor to finalize it and Arizona is right there as well. Iowa’s NIL bill is likely to be passed soon and would also have an effective date of July 1, 2021.

On March 31, the Supreme Court heard the first case involving the NCAA in over 35 years. While it appeared that most of the justices sided with the athletes, they are wary of the precedence they’d set moving forward, not only in college sports but other industries as well. While the case is not directly related to NIL, it may provide leverage to either the NCAA or the government in defining amateurism and who will set the nationwide NIL rules.

A decision is not expected to be made until June.

The Associated Press asked 357 Division I athletic directors a series of questions about the effects the potential changes to the way athletes are compensated in addition to scholarships would have on college sports. They received anonymous responses from 99 programs. 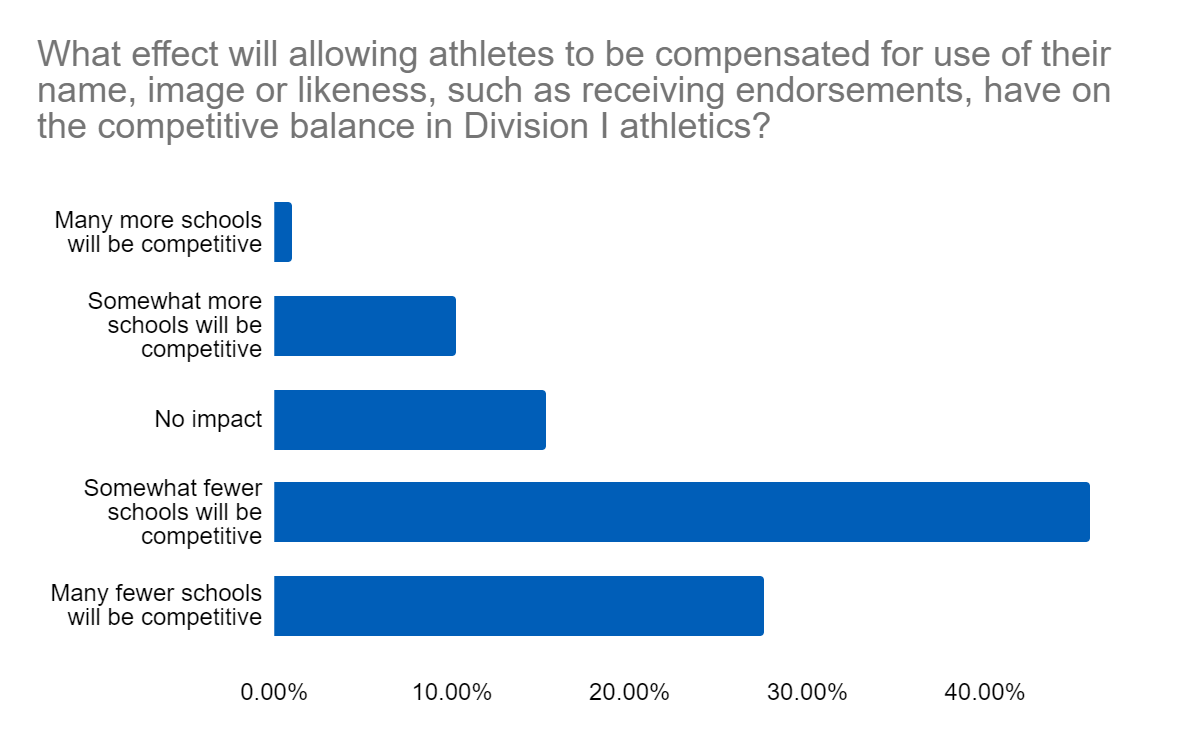 “NIL will be a game changer for all,” one respondent said. “Many will get out of college athletics as this is not what they signed up for. Schools should resist NIL and go Ivy (League) non-scholarship model. I do not see why NIL is good for all.”

With NCAA’s main revenue generator now over (congrats Stanford women’s basketball and Baylor men’s basketball!), I wouldn’t be surprised if April was a quiet month around NIL. There will likely be a few more states with NIL legislation passed, a dozen or so new NIL companies launching, and hopefully continued attention towards college athletes’ rights.

However, we are less than three months away from a few state NIL bills going into effect and some companies are gearing up to work with collegiate athletes from those states. TBD on how the states, federal government, and NCAA all work through this.

USA Today journalist Steve Berkowitz shared, “And around it goes. States have spoken. A Supreme Court ruling that reverses the lower-court decisions could allow the NCAA to knock out state laws. A federal law would preempt state laws and potentially undo a Supreme Court decision. But if Congress and the President can’t agree on a law, and the Supreme Court issues a narrow ruling, state measures could go into effect. And the NCAA might sue to prevent them.”

Who Should Define Amateurism?

Who Should Define Amateurism?