What Student-Athletes Should Include in an NIL Contract

Since July 1st, 2021, NCAA student-athletes have been able to enter into Name, Image, and Likeness (NIL) contracts with companies and brands looking to sponsor them. Those NIL contracts have included deals with national brands, such as Gatorade and Dr Pepper, as well as local businesses like car dealerships and restaurants.

While hiring an attorney or representative to draft and negotiate your NIL contracts is typically a smart decision, it might not be practical for some NIL deals. On Opendorse, an NIL marketplace for student-athletes, the average NIL compensation per Division I student-athlete user through the end of September, 2021, was $391. For NIL deals where you are not hiring an attorney, it is still important to include the key details of the agreement. Make sure that these details are communicated with the sponsoring business and agreed upon prior to finalizing the NIL deal. Although under certain circumstances a verbal contract would be valid, it is generally preferable to have a signed, written agreement.

Here are some important provisions for student-athletes to include in an NIL agreement:

These basic provisions should be able to cover more straightforward NIL deals. For more complex agreements, consider hiring an attorney to ensure that you know exactly what you are agreeing to. Particularly for NIL deals that include ongoing partnerships or intellectual property provisions. 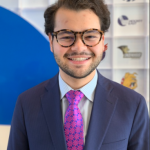 Joshua M. Frieser, Esq. is a college sports lawyer and Principal Attorney at Frieser Legal. His practice is focused on the representation of college athletes and working to solve their unique legal needs. Josh represents college athletes in formal NCAA regulatory proceedings and NIL licensing agreements, as well as in related intellectual property and business planning matters.

Legal Considerations of Hosting a Camp as a College Athlete