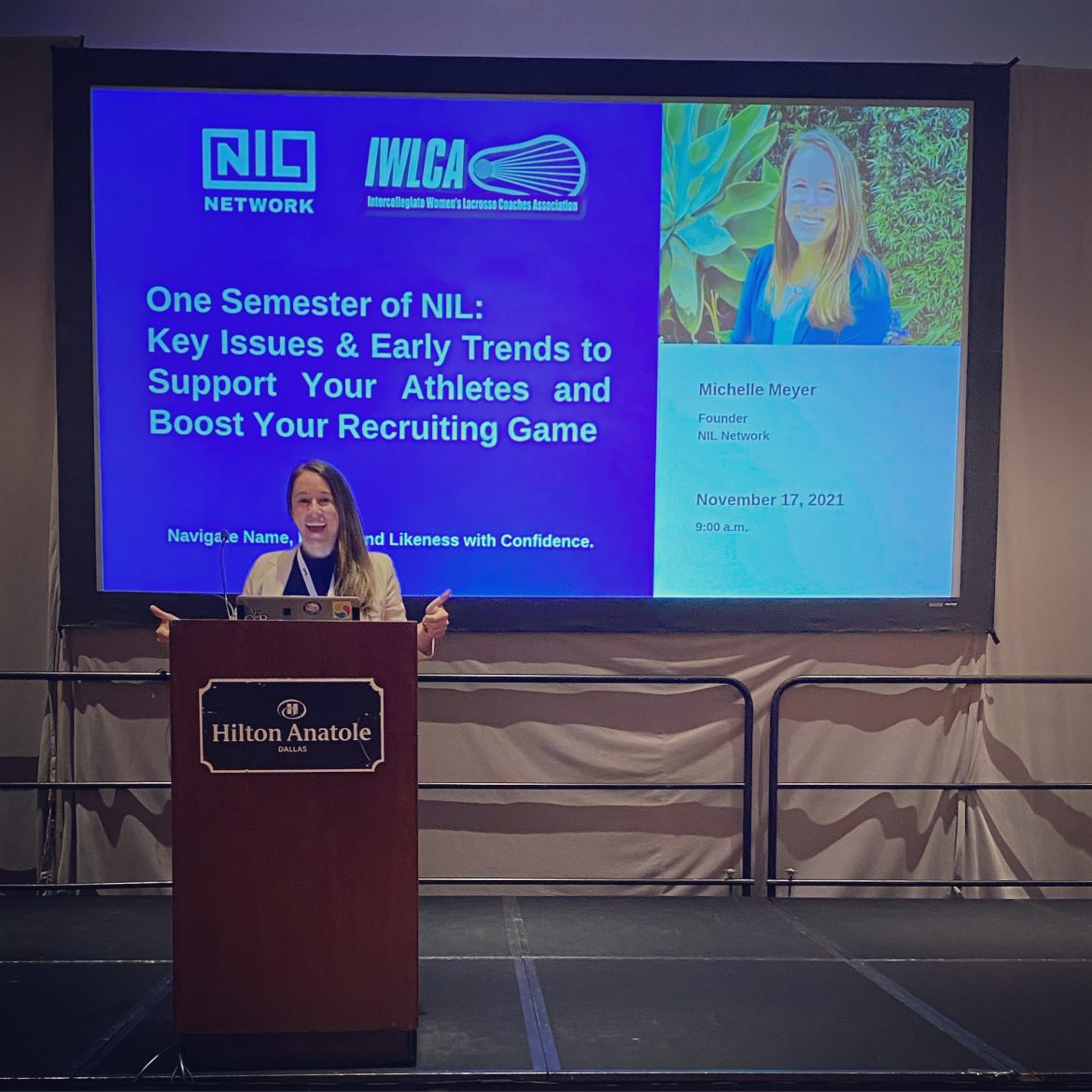 While this was my first time presenting, I’m no stranger to coaching conferences – I’ve attended the AVCA convention since I began coaching volleyball at the University of Hawaii in 2012. However, it was interesting attending these conventions no longer as a coach, but as a guest presenter. Add on top, being a guest presenter in a topic that is not only brand new, but is (as I found out) somewhat controversial in the coaching community.

Here are my learnings: The Good, The OK, and The Unacceptable.

Those Who Attend Are Very Engaged

At all four of my presentations, attendance was low. It makes sense: NIL, NIL Network, and myself as a presenter are all new to coaching conferences. Coaches typically attend their annual conference to learn from their mentors, build their network, and reconnect with their friends. They don’t go to listen to a person they’ve never heard of talk about a subject that they don’t think impacts them or their sport.

However, the coaches who attended were very curious. They asked great questions, stayed after to chat, and seemed to see NIL as a positive and an opportunity. Similar to my approach with the athletes at SDSU, I want to ensure the early adopters are successful and empowered. I’ve done follow up 1-on-1 meetings with around a dozen coaches that attended my session. Each call has been unique but the theme is the same: These coaches understand that NIL is not going anywhere and that it’s time to adapt.

Interest At The High School Level

With the exception of the IWLCA which is specific to college, all of the conferences are attended by high school and club coaches, college coaches, and even professional and international coaches.

At each conference, I had club coaches ask how they can help their athletes prepare for NIL, what kind of questions they should be asking during the recruiting process, and recommendations of educational resources they can point their athletes to.

This brings me joy.

Why? Because one of the most common excuses that Olympic sport coaches give to justify not embracing NIL is that “my athletes just aren’t interested.” My rebuttal is “you MAY be correct with your current roster (MAY because I don’t actually think they’re correct but that’s a different conversation), but your future roster is watching, learning, and preparing.” Coaches who can confidently discuss NIL when asked will demonstrate to recruits that they care more about their athletes than just athletic performance.

Side note: Top volleyball clubs from around the country have started reaching out to me to educate their athletes on prepping their NIL. In time, I think the clubs that are focused on developing D1 athletes will add NIL education to their “off the court” resources, similar to how they provide tools to help with the recruiting process. 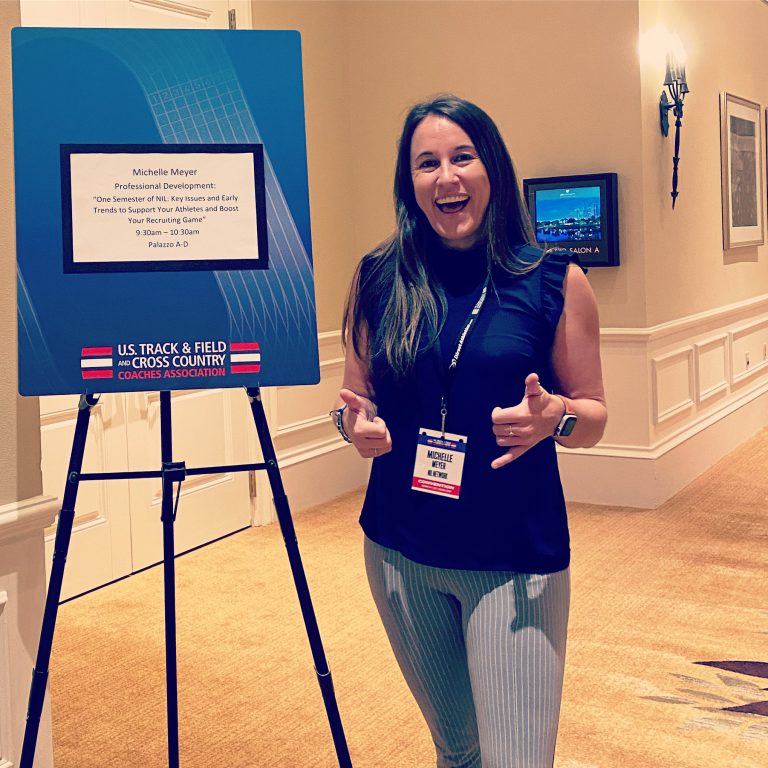 A Lot of Coaches Are Inquisitive, Even If They Don’t Love NIL

One of my favorite aspects of attending conferences is networking. I can usually be found working on my laptop at the hotel bar and making conversation with any person who dares to sit down next to me. The first question is always, “Where do you coach at?”. When I tell them that I no longer coach at a university and am now working in the NIL space, I get a variety of reactions. While the majority of these reactions I wouldn’t consider positive, most coaches have a ton of questions and are interested in learning.

This gives me hope.

I get it. NIL seems like a distraction for student-athletes that already have their plates full. The rules, or lack thereof, are very confusing. In most cases, it’s easier for coaches to ignore it completely. This is why coaches even expressing a slight interest in learning about NIL is encouraging. We can do better. But it’s a start.

Many Still Don’t Know What NIL Is

Have you ever been so immersed in and consumed by a topic that it doesn’t even occur to you that there are people in this world that haven’t even heard of said topic? The number of times I’ve had this conversation makes me laugh:

Me: I work in the NIL space

Me: Name, Image, and Likeness!

To be fair, when I explain what NIL is, 99% HAVE actually heard of the concept and just don’t know it by name. Also, these are not college coaches. They are typically coaches at the professional level. This illustrates the early stage of development of the NIL industry and the growth potential. The more public awareness of NIL, the more brands will feel comfortable partnering with collegiate athletes, which will result in more athletes getting NIL opportunities.

Makes me want to quit my job.

It’s no secret that coaches need to be adaptable. Coaching styles have evolved drastically over the past few decades and there isn’t much room anymore for the “old school” coach. Gen Z athletes are looking for coaches that will help them develop both on and off the court. They want trust, respect, and to be treated like adults.

Maybe NIL will be the change that gets these outdated coaches out of the game. I sure hope so.

Legal Considerations of Hosting a Camp as a College Athlete

Legal Considerations of Hosting a Camp as a...

What Student-Athletes Should Include in an NIL Contract