By Daniel Hennes, Co-founder and CEO of Engage

On July 1st, 2021, the college athletics landscape changed forever. For the first time ever, college athletes were allowed to make money off of their name, image and likeness (NIL). A multi-billion dollar market was created overnight with the swipe of a pen as student athletes were granted the same rights afforded to pretty much everyone else in society, including pro athletes.

A plethora of companies looked to capitalize immediately on the chance to earn press and eyeballs by offering to “pay all student athletes”. While a nice idea in theory, the actual specifics of those deals were often concerning.

Companies were getting college athletes with tens of thousands of followers (or more in some cases) to post on their social media for as little as $30. An influencer or professional athlete with the same following would charge over 100 times as much for similar deliverables. To put it simply, companies were taking advantage of the fact that many student athletes lacked the knowledge to understand their worth, and would benefit from the extra $30 in their pocket. This set the stage for what has become a deeply concerning trend.

Now, six months later, INFLCR, a leading software for athletes to disclose their deals to compliance, reports that the median compensation reported through their platform for student athletes across all three divisions is a mere $51. Part of that is certainly due to lesser known athletes across divisions doing smaller deals, but it is impossible to look at that number and not be concerned about student athletes being taken advantage of.

For years college athletes were exploited by their universities and the NCAA. Many of them went to bed hungry, or did not know where their meals would come from on the weekends when they were away from the team facility. It is easy to understand why even $51 seems amazing when they are used to having zero. There are very real and deeply entrenched structural and societal issues that have contributed to the compensation being so low.

In professional sports, all athletes have agents to help them negotiate deals and protect their long term brand value. In college sports, only a very select few athletes have highly qualified agents. The amount of want to be agents “representing” college athletes is a topic for another day. It is no surprise that top tier athletes with representation are able to make significant money and get deals that more resemble their professional counterparts. The lack of representation across college sports leaves a massive glut of athletes with significant followings and marketability, and no professional infrastructure around them to help them appropriately capitalize on their value.

We need everyone involved in college athletics to be doing more.

Many schools are launching educational programs for NIL, but they are focused on building a  social media following, handling taxes, and a myriad of other topics that don’t actually include negotiating a deal or understanding an athlete’s value. The ability to negotiate and think analytically will serve these athletes well even after their playing careers end. Schools need to be doing more.

NIL marketplace platforms boast about the amount of deals they bring to student athletes without any tools in place for the student athlete to know if it is a good deal or not. Platforms need to step up and help provide data to college athletes on what a professional athlete or influencer with a similar following could earn for similar deliverables.

Companies say publicly they want to help empower college athletes and value their followings, and then take advantage of their lack of resources to get hundreds of thousands of dollars worth of promotion for next to nothing. Is it the company’s fault that the student athletes don’t know any better and will take the deal? Of course not. Still, companies have a moral responsibility to make fair offers, and building a reputation for exploiting people is not a good long term strategy anyway.

Obviously the athlete certainly bears some responsibility as well and they have to want to learn. That said, it is crucial to understand how difficult that is for a student athlete when resources are not readily available. They already spend more than a full time job’s worth of time  on their sport alone and still have to handle a full academic courseload. And keep in mind, these student athletes are only 18 to 22 years old.

Fortunately, everyone can step up to help student athletes benefit themselves. All three of the stakeholders listed above, are better off  from  taking corrective action. Schools can prepare their student athletes better for the real world and help them become more well rounded individuals. Platforms may see fewer deals accepted, but they will see the average value of deals go up significantly and overall revenue increase. Companies can benefit from getting genuinely excited student athlete brand ambassadors and building goodwill around their brand.

2022 needs to be the year that the median compensation goes from $50 to $500 and grows from there. Everyone, not just the student athletes, will be better for it. 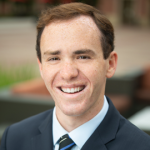 Daniel Hennes is the Co-Founder and CEO of Engage, a platform digitizing the process of booking talent, and an advisor for college athletes across the country. He was one of the first managers to ever navigate monetizing a collegiate athlete when he became Jake Olson’s manager in 2015.

Tax Implications of NIL for Student-Athletes