While it has long been established, a student-athlete’s scholarship will not be considered taxable income. Additionally, the room and board compensation an athlete receives from a school is also not subject to state or federal income tax. However, since student-athletes can now earn compensation for their name, image and likeness, that compensation will be taxed by both federal and state governments.

Under the internal revenue code (which encompasses federal taxes), endorsement income is subject to self-employment tax as well as Medicare contribution tax under § 1402(a) and (b). However, it will not be subject to the unearned income Medicare contribution tax under § 1411 created by the Affordable Healthcare Act. Unlike traditional employment taxes, these taxes will not be withheld from a student-athlete’s compensation when earned. Student-athletes should be mindful that they will need to save a portion of their NIL earnings in order to pay for their tax liability, which will be due in its entirety upon filing a tax return. 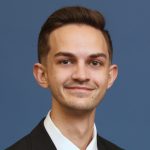 Paul Kekich is a Sports Law Intern at Frieser Legal and a second-year law student at Marquette University law school where he is pursuing his J.D. with a focus on sports law and intellectual property law. Paul’s studies are focused on a potential future of working in collegiate sports, as well as identifying new and emerging issues that affect college athletes.

7 Free Ways to Support Your Athletes in NIL