The Development of the Nascent Name, Image, and Likeness Industry

A Brief History, Current Issues, And Where We’re Headed

(this is Part 2 of a 4-part series examining the lead up to NIL policy reform, emerging trends and issues over the past year, where this is headed, and how NIL Network can help) 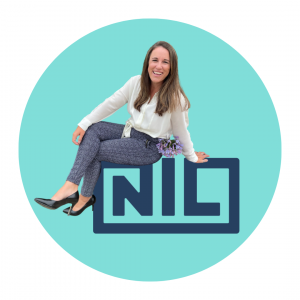 In January 2021, the NCAA was intended to vote on their original NIL policy. By some attorney’s accounts, this initial policy was reasonable while also mitigating the NCAA’s lawsuit liabilities. However, a few days before the vote, NCAA President Mark Emmert received notice from the Department of Justice warning the NCAA that passing their policy could violate antitrust laws and bring additional ligation against the NCAA.

With those concerns front and center, and despite Florida’s state NIL law bill scheduled to go into effect just six months later, the NCAA decided to table their NIL policy vote indefinitely.

What followed in the spring of 2021 was fascinating.

University Presidents, athletic directors, and even head football coaches began to heavily pressure their state governments to write, propose, and pass NIL legislation with a July 1 effective date to match Florida’s. They warned their officials that if they didn’t immediately act, the state government could be responsible for causing irreparable damage to their universities. Without NIL rights, the universities argued, their coaches wouldn’t be able to recruit and retain top talent, causing their teams to suffer from a competitive standpoint. Eventually, they extrapolated, this could lead to the loss of hundreds of millions of dollars in revenue.

I’ll never forget a comment from a colleague in the middle of this chaos: “If the Alabama governor doesn’t get an NIL bill passed by July 1 and then Alabama football doesn’t win the national championship this season, guess who is not going to be re-elected next year??”

In some states, it seemed like it would be career suicide to not do everything in their power to get something in place as soon as possible. Because of this pressure, around a dozen additional states rapidly proposed and passed their own NIL legislation prior to July 1. A few Governors even forced NIL through an executive order.

Most of these bills, as many attorneys have shared with me, were not actually intended to go into effect permanently. They were written hastily with the idea that a federal NIL bill would supersede them sooner than later. With this assumption in mind, most lacked a key element of laws: a body or mechanism responsible for monitoring and enforcing infractions.

While these state NIL laws were being proposed and passed around the country, the NCAA was drowning in yet another lawsuit, this one about the legality of the NCAA capping student-athlete educational benefits. The case (Alston vs NCAA) made it all the way to the Supreme Court where the oral arguments were heard on March 31, 2021. Observers stated that the justices appeared to side with the students but a decision wouldn’t be made for a few months.

Fast forward to June 21, just 10 days before the NIL bills of over a dozen states were set to go into effect, and the Supreme Court issued their decision: Unanimously siding in favor of Alston. While this case was not about NIL, the 9-0 decision against the NCAA and the addition of Justice Kavanagh’s concurring statement backed the NCAA further into the corner.

On June 30, with no other options, the NCAA adopted an interim NIL policy that suspended their bylaws surrounding name, image and likeness. The new policy delegated the regulation of NIL to the states and/or institutions and would go into effect the very next day, giving their member schools no more than 24 hours to pull together policies, processes, and procedures. As it was the middle of summer and most athletes weren’t on campus, universities were further limited on their ability to inform their athletes and offer support.

The haphazard way that NIL reform was implemented subjected college athletes to a significant amount of exposure. They were left susceptible to exploitation and vulnerable to opportunists looking to capitalize on the chaos.

And it’s been happening with an alarming frequency ever since.

The Nascent Name, Image, and Likeness Industry: Creation of the Perfect Storm